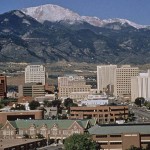 A simple enough phrase, but apparently it is more complex than it seems. In the early hours of July 2nd a group of five friends, two of whom are Fort Carson soldiers, were brutally assaulted right outside of a local restaurant. Why, you may ask? Because four of the five were gay.

Discrimination against the lesbian, gay, bisexual and transgender (LGBT) community in Colorado Springs is nothing new, but the ramifications of intolerance reach new heights when two of your friends have to be rushed to the hospital, one with an eye swollen shut, and another to emergency oral surgery for a shattered jaw. Can you say excessive?!

Fortunately, police have already taken suspects into custody and are filing charges. But what has the city done about this demonstrable hate crime? Nothing, absolutely nothing. Mayor Bach citied that anything further than a cursory comment about intolerance would be “unnecessary”. So its necessary for the two soldiers to risk their lives fighting for this country, to make sure that people are able to live safe and secure lives here, yet it is apparently “unnecessary” to protect our citizens when back home? They should be shown the respect of  heroes and not scorned like second class citizens. (Here is a link to a news report with video showing exactly how violent this hate crime was.) 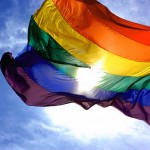 Now as police work to file hate crime charges here is my question: what should be done at the municipal level to ensure nothing like this happens again? Should the city promote LGBT acceptance? Should they make a more publicized denouncement of hate crimes? What should be done to protect ALL of our citizens regardless of race, gender, ethnicity, ability, social class, age, religion, political affiliation, gender identity, and especially sexual orientation?