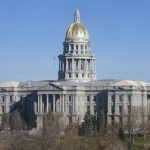 While national political figures battle for the spotlight and headlines, our Colorado Legislature has been hard at work in what representatives on both sides have called a relatively tame session. Although the session is halfway over, the next few months promise a bloody budget battle and votes on measures that would impact civil rights across the state. Citizens Project promises to keep you updated on these pending initiatives, and ways you can make your voice heard in the legislative process.

HB 1111, a voter ID bill, would limit valid voter identification primarily to government-issued ID.  This bill passed the House last week, and will be heard in the Senate in the coming weeks. Voter ID bills are making news across the nation, and some are being classified as unconstitutional. Historically, eligible voters who are disenfranchised by increased regulations are  elderly, low-income, or people of color. Citizens Project opposes this measure.

HB 1130, a “personhood bill“,  would allow criminal assault and homicide charges to be filed for causing the injury or death of any “unborn member of the species homo sapien.” This bill passed the House this week and is headed for the Senate soon. 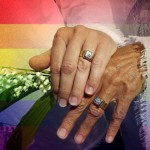 SB 12, a civil unions bill, would create relationship recognition for same-sex couples in Colorado and has won significant victories already this session. This bill has cleared two Senate committees and is headed for the Senate Appropriations Committee soon. Citizens Project supports this measure.

SB 109, another election-related bill, would ameliorate some of the confusion with active/inactive voter classification by extending the period after which a voter may be declared “inactive – failed to vote.” This bi-partisan bill has passed the Senate and will be heard in the House in the second half of the session. Citizens Project supports this measure.

SB 147, which prohibits false election information, creates penalties for deliberate deception of voters. This fairness in voting bill passed the Senate and died in the House Judiciary Committee this week.