Religious freedom in America means that every person has the right to his or her own personal religious beliefs. This freedom is guaranteed in the United States and Colorado Constitutions.

So last week, when a proposed “religious liberty” constitutional amendment – backed primarily by Focus on the Family – was filed in Colorado, we at Citizens Project were alarmed. 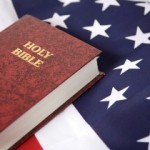 If passed, this proposed amendment could threaten the civil rights of all Coloradans by allowing people and institutions to use religion to discriminate.  The language is deliberately vague and has far-reaching and dangerous implications.

Under the amendment, a Muslim family could be denied housing; a restaurant could refuse to serve an LGBT couple; a state-funded charity could force its clients to pray before rendering services.

These are just a few examples of what the “Religious Liberty Amendment” could mean for Colorado.

Religious liberty is not a free pass that people and institutions can use whenever they want to discriminate against others, and it does not mean that religious institutions are exempt from following the laws.

Citizens Project is committed to fighting this proposed amendment. Stand with us by refusing to sign the deceptively-titled “Religious Liberty Amendment,” and let us know when you see petitioners.