A few weeks ago, I shared lunch with a close friend, who also happens to be a Citizens Project donor, volunteer, committee member, and former board member.

When it was my turn to give a work update, I droned on for several minutes on about our organizational priorities and calendar for the next few months. My friend paused, considered and asked the most simple, profound question.

“What does all that actually mean?”

Most cultures, ranging from ethnic to geographic to professional specialty, adopt a particular vernacular to describe the world around them. That specialized vernacular appears in the form of acronyms, jargon, and hollow, reverberating axioms that are utterly devoid of meaning outside of the shared cultural understanding.

We at Citizens Project are guilty.

It can be easy to speak and write without giving much thought to language, falling into familiar patterns, familiar vocabulary. But sometimes, our language can be limiting or limited, especially when there’s not a shared meaning between the speaker and the listener. Because we at Citizens Project strive to create shared understanding in all we do, this essay is a first step toward that lofty goal of inspiring, impactful language.

Words matter. Intention matters. I hope you’ll join us in this conversation by sharing your own words and your own meanings.

LGBT: This stands for lesbian, gay, bisexual, and transgender, and is intended to be an all-encompassing representation of a variety of sexual orientations and gender identities. Although it has crept into our everyday vernacular with little fanfare, it’s one of our most interesting acronyms from a historical standpoint and it continues to evolve. Over the last decade or so, individuals who do not feel the standard acronym represents their unique identity have advocated for the integration of additional letters. An alternative, more comprehensive (though not exhaustive) acronym is LGBTQQIP2SAA: lesbian, gay, bisexual, transgender, questioning, queer, intersex, pansexual, two-spirit (2S), androgynous, and asexual. Occasionally, we’ll see a third a for ally, and sometimes it’s preceded by an s for straight ally. At Citizens Project, we aspire to include all people. For us, it’s not about using the perfect acronym, but it is about using language that implies respect for all people.

PPEC: This stands for the Pikes Peak Equality Coalition, the primary local collaboration between equality-loving organizations in the Pikes Peak region. Citizens Project has been a member since its inception in 2006.

GOTV: This stands for Get-Out-The-Vote and represents any activity aimed at galvanizing a group of people to vote. Some of Citizens Project’s GOTV efforts include: phone calls, door-knocking (personal visits), and postcards.

RLA: This stands for Religious Liberty Amendment. Is it a proposed amendment to the state constitution that would decriminalize discrimination against groups of people if that discrimination is rooted in theology (think of the recent flap with the bakery that refused service to a civil union couple). It also usually includes a provision that allows nonprofit organizations that discriminate on religious grounds to still be eligible for federal and state funding. Legislation of this ilk has been floated at the State Capitol for the last several years, and each year it is withdrawn. It’s characterized by alluring, deceptive language that makes it sound like it protects religious liberty, but its intended impact is anything but liberty-inducing.

CRFI: This is shorthand for our annual Citizens’ Religious Freedom Institute, a day-long symposium for educators and administrators on how to protect religious freedom in the schools.

When I’m introducing someone to Citizens Project for the first time, I often say the same thing: “We educate and empower people to promote and protect diversity, equality, religious freedom and civic engagement.” I’ve been using this particular turn of phrase for so long that I know that I can’t *only* say this. I have to continue on to clarify what this all means. For you longtime supporters, this may be superfluous, but I include it anyway, for our new friends.

Educate: When Citizens Project talks about education, we mean that we provide information and programs designed to illuminate key issues facing our community. Sometimes this education takes the form of an instructional article on our website (like this one), sometimes it manifests in interactive programs like our Citizens’ Religious Freedom Institute, and sometimes we educate through production of voter guides and forums, to give potential voters comprehensive information about candidates and ballot measures.

Empower: When Citizens Project says we empower people, we usually mean we provide people with information and tools to take action. One way we do this is through electronic Action Alerts, which alert subscribers to opportunities to get involved in decision-making. Sometimes the focus of these action alerts is on proposed legislation (with information about how to learn more and contact legislators), and other times the focus is on civic opportunities such as rallies, community-building events and more. Our GOTV work also falls into this category, as we strive to provide potential voters with the motivation and means to vote.

Diversity: The simplest definition of diversity is difference. Because they are comprised of individuals, our communities necessarily include people with differences in views, differences in habit and preference, and differences in ways of being and moving in the world. At Citizens Project, we honor each of these differences and we believe they contribute to a richness of life and society.

Equality: Equality is defined by Oxford Dictionaries as “the state of being equal, especially in status, rights, and opportunities.” Equality does not mean that we’re not different: it simply means that all people are born with, as Thomas Jefferson wrote, “certain unalienable rights; that among these are life, liberty, and the pursuit of happiness.”

Religious Freedom: For Citizens Project, this means freedom of religion. The prerogative of anyone to exercise their individual religious rights without government interference provided their religious practices neither compel others to participate nor hinder anyone else’s individual freedoms.

Civic Engagement: Literally, engagement in the community. This could look like voting, participating in programs that create community, contact with legislators, or any activity that involves human beings with a desire to make a positive impact.

Social Justice: Social justice involves creating a more fair and equitable society by addressing injustice of any kind and valuing diversity. Organizations that self-identify as social justice organizations can address one or many of a broad range of social issues in which inequality exists: focus can range from criminal justice to employment to housing to education.

Discriminate: The literal meaning of discriminate is to make a distinction in favor or against something or someone. In the social justice arena, however, to discriminate usually means to deny someone an opportunity on the basis of their real or perceived group or individual demographic status: this could include race, gender, gender identity, ethnicity, sexual orientation, religion, veteran status, political affiliation, and more.

Enumeration: Enumeration refers to the comprehensive listing of demographic identifiers, usually in an anti-discrimination policy (to identify vulnerable, and therefore protected, classes). A fully enumerated policy might look like this: “Bullying means any gesture or written, verbal or physical act that takes place on school property, bus or off-site location where school activities are taking place, that is reasonably perceived as being motivated either by any actual or perceived characteristic, such as race, color, religion, ancestry, national origin, sex, sexual orientation, gender identity and expression, or a mental, physical or sensory handicap, or by any other distinguishing characteristic…” Studies show that enumeration matters, in terms of a policy’s impact.

Advocacy: For Citizens Project, advocacy almost always involves a recommendation for or against a cause or proposal. Our advocacy is frequently aimed at representing or elevating voices that are traditionally overlooked in policy-setting arenas. Advocacy is an action. It’s standing up. It’s involving. It’s raising voices and awareness in support of underrepresented views.

Pluralism: Defined by Merriam-Webster as: a situation in which people of different social classes, religions, races, etc., are together in a society but continue to have their different traditions and interests. Pluralism is distinct from the American concept of the “melting pot,” in which differences and traditions dissipate in the greater society, because pluralism is predicated on the retention of those unique traditions. At Citizens Project, we celebrate pluralism as a superior alternative to the dissolution of diversity.

Inclusive/Affirming: This language describes a space that is friendly toward all types of people. Historically synonymous with “tolerant,” this language gained traction with individuals and communities who felt merely “tolerating” other ways of being was an inadequate approach to building real community. Citizens Project strives to create an inclusive and affirming community for all people.

Privilege: Merriam Webster defines privilege as “a right or benefit that is given to some people and not to others.” Personal characteristics, including age, race, gender, sexual orientation, gender expression, economic status, ability status, immigration status, and others can influence access and opportunity, sometimes without the beneficiary even knowing the cause of his or her privilege. In a recent TED talk, Justin Ford describes privilege as “access to or enjoying rights or advantages simply by membership or belonging to a certain group or identity.”

Queer: For centuries, this term was a synonym for “odd,” until the 20th century, when it was first used as a pejorative term for gay. Still an offensive term for many, queer has recently been “reclaimed” by the academic community and young people who find “LGBT” to be too rigid and binary to encompass their sexual orientation and gender identity. When in doubt about someone’s preferred self-identification, we always ask.

Gender binary: The traditional division of genders into male or female. This term can also be extended to sexuality when describing one’s attraction as either same-sex or opposite-sex attraction. Many find that the presenting of only two options is not only limiting, but antagonistic to the fluidity of the human experience.

While researching, I googled “nonprofit jargon” and came up with this incredible tool for developing absolutely nonsensical phrases using buzz language from the sector. There’s an abundance of official-sounding nonprofit vernacular out there, and Citizens Project uses a few key “buzz phrases” to define who we are and what we do.

501 (c) 3: An IRS designation for a particular kind of nonprofit with an “exempt purpose.” 501 (c) 3 organizations are characterized by their social impact (versus profit) focus, and are tax exempt. Citizens Project is a 501 (c) 3, and as a result, we must remain nonpartisan in all our activities and adhere to IRS reporting regulations.

Nonpartisan: Most simply, this means unbiased, or not supporting or opposing any political party (or candidate) over another. Citizens Project goes to great lengths to remain nonpartisan in all our activities, and especially in our voter education programs.

All this language can be enough to leave you reeling. But the bottom line is this:

At Citizens Project, we have our sleeves rolled up and are creating (we think!) a better world. You are welcome here. We want to hear and understand your language, too! Always let us know if we are speaking in jargon, with acronyms…or in any way that makes our message less strong. We want you to hear. We want the world to hear. And we want to hear you! Please help us create a vocabulary that rings loudly and clearly from peak to shining peak. 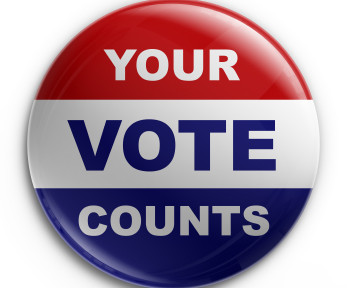